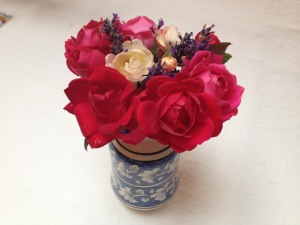 Happy Valentine’s Day!  Love is a shared experience of beauty.

“The brain appears to possess a special area which we might call poetic memory and which records everything that charms or touches us, that makes our lives beautiful … Love begins at the point when a woman enters her first word into our poetic memory.”

― Milan Kundera, The Unbearable Lightness of Being

Please join me for my  live interview and Q&A session to discuss “Spy: Interrupted: The Waiting Wife”. It is scheduled for Feb 19, 4:00 PM EST, and can be viewed at the following link: 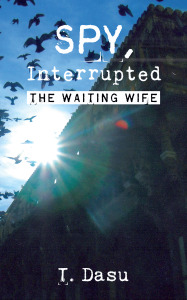 I am overwhelmed by the amazing support and encouragement I’ve received (and continue to receive) ever since the book came out–from family, friends and complete strangers who read the book. Thank you!

I am hard at work on the final revision of Book 2 of the trilogy, “Spy Interrupted: The Perfect Candidate”. The expected release date is November 2015.

Best wishes for a great 2015! Fill it with family, friends and lots of great books!

Fiction offers infinite freedom. You can turn heroes into villains, wallflowers into party girls…anything is possible. I find this quite liberating–to be free of the implacable rules of mathematics and logic. Perhaps that’s why many scientists are attracted to fiction writing. Lewis Carroll, Sir Arthur Conan Doyle, Somerset Maugham, and more recently, Taslima Nasrin, Manil Suri and Khaled Hosseini.

What do you think? Please add to the list!

Choosing character names can be a lot of fun. The hero of Spy, Interrupted: The Waiting Wife was named while I was watching the fabulous Stephen Colbert. I wanted to do “first name as last name” so I went with the last name of Henry James and named the hero “Stephen James”. I wanted the heroine’s name to be cross-cultural and innocuous. “Nina” was perfect. And, I simply had to name the spymaster “George”–homage to George Smiley. For other characters, I borrowed freely from names of my friends and colleagues.

I came across “Caleb Prescott” recently. Isn’t that a perfect name for our hero’s childhood nemesis? What do you think? Talk to me!

Your novel is like your baby–precious and like all human beings, imperfect. It is hard to release it into the world and leave it vulnerable to judgement and criticism. But babies grow up, and need to make their way in the world.  It took me a lot of courage to let go.
Hope you enjoy it!
2
0
December 5, 2014 In Spy By tamraparni dasu

What’s in a Name

Finding a title for “Spy, Interrupted: The Waiting Wife” was quite a challenge.
At first it was called “A Hard-Won Happiness”. But that sounded like a self-help book, and
the hyphen didn’t help. Then I called it  “The House on Castle Hill”, after the Victorian mansion where the hero, Stephen James, lives. That was misleading because the house didn’t play a central role…not in the first novel, at least. Besides, I wanted to allude to the two important characters.
After weeks of agonizing, we came up with the final title barely a day before we approved the proof. Interestingly, a man suggested the main title, and a woman suggested the subtitle. That’s how “Spy, Interrupted: The Waiting Wife” came to be.
I had a lot of fun playing with title ideas at the following link:
http://www.lulu.com/titlescorer/
0
0
December 4, 2014 In Spy By tamraparni dasu

Thank you for visiting!

I started writing “Spy, Interrupted: The Waiting Wife” in 2010. When I completed it, the characters were so interesting that I couldn’t resist writing a second novel. I was eyebrow deep in the third one when I had an inexplicable urge to go back to book #1.  I revised it with a better understanding of the characters and their motivation. The result: a snappy, fast-paced romantic thriller.

I hope you read Spy, Interrupted: The Waiting Wife. I am sure you will enjoy it as much as I enjoyed writing it.

I am here to answer any questions. I’d love to hear from you!

P.S. In my next blog post I will tell you how the title came to be.